Should I Brush or Floss First? 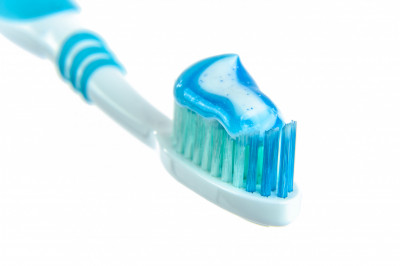 The traditional tooth care advice has been to brush, floss, and then maybe use a mouthwash. Yet many people have found that they prefer to floss before brushing instead. It seems to work for them, but is it really a good idea? It can be, and it's all a matter of personal preference and dental care goals.

Remove instead of spread
When you eat, food debris can accumulate in between your teeth - sometimes a lot. When you brush first, you could end up pushing all that gunk around. This makes it harder for your teeth to get clean because the debris will act as a barrier between your teeth's enamel and the brush bristles. If you floss first, you can remove a lot of that gunk and have better bristle-enamel contact during brushing.

However, brushing first also has some benefits here. If you floss first and then brush, any debris on the surface of the teeth - you can have a thin layer - could be pushed into the spaces between your teeth, which affects your smile. Flossing after brushing removes that extra debris.

You could also aim for a compromise. For example, when you can see a lot of debris, floss first, brush and then do some spot flossing to clean up.

What feels right to you?
Finally, flossing before brushing can simply be easier for the person doing it. You don't have to have a concrete reason for choosing one order over the other; it's perfectly fine to use the order that feels better.

If you'd like to find out more about good dental care and proper brushing and flossing techniques, contact Fruge Orthodontics at one of our locations in Denham Springs and Livonia.